Go to the Flow; Why being near bodies of water helps us feel good.
Full article in The Walrus

The restorative qualities of being in nature, or “green space,” are well documented, but researchers have only recently begun to focus on what changes when water is part of the picture, when we spend time in or near aquatic environments. Taking in the sea air, strolling along a peninsula, or simply sitting beside a pond have long been considered good for our well-being, but evidence is emerging that “blue space” may have a more profound impact on our bodies and brains than other outdoor environments do.

“When I’m on the water, there’s nothing else that I have to worry about—nothing else,” says Guenter, whose stand-up paddleboard has helped him cope with the trauma he experiences as a first responder. “Water demands all of my attention. It’s really healing.”

On the whole, when we’re near water, we tend to lose track of time and are more active, White says, and every extra minute of movement is good for our physical health. Moreover, “people benefit more mentally when they’re visiting blue spaces than when they’re visiting green spaces,” adds White, although the ideal, he clarifies, is where the two spaces meet.

Natural areas often have some sort of aquatic element, from barely trickling streams in urban ravines to pounding waves below clifftop hiking trails. But not always. The lines between green and blue (and, in a Canadian winter, white) spaces are blurry, yet wellness surveys point to a hierarchy. In one study in the Netherlands, respondents used a smartphone app to record their level of happiness: those visiting natural coastal environments were roughly twice as happy as those in forests and three times happier than people in agricultural terrain. Manicured parks and grassy areas with low-lying vegetation typically score well, and mountains extremely well, but nothing beats water. A mountain lake, according to White, may be the ultimate happy place.

The reasons for these findings are complicated and involve evolution, biology, neuroscience, and concepts such as “flow”—a state in which people are so immersed in an activity that nothing else seems to matter. Essentially, blue space has four triggers that activate our parasympathetic nervous system, which controls body function while at rest, explains Jenny Roe, the director of the University of Virginia’s Center for Design and Health. First, water instills a sense of being away. It can be either tranquil or dynamic, conditions that can make you introspective or attuned to your surroundings, both of which serve as escapes from your habitual behaviour. Second, it conjures a feeling of “extent,” of being in a boundless environment (especially large bodies of water) where possibilities feel limitless. Although one can also experience these glimpses of a wider world while, say, hiking, they’re amplified in blue space by acts like looking to the horizon or into the depths of a lake. Third, the sounds and sights of water—as it runs over rocks or dances in the sunlight—spark both “hard fascination,” a concentration of our focus through stimulation, as well as “soft fascination,” an unconscious capturing of our attention that requires little effort and frees the mind. And, fourth, water confers a sense of compatibility with our location, of comfort and belonging.

During the COVID-19 pandemic, Swim Drink Fish set its sights on Toronto’s forty-six kilometres of largely inaccessible lakefront, pushing for developments such as a new east-end revitalization plan that will feature boat launches, lakeside pools, an amphitheatre, and open-water swimming—a redesigned urban blue space. “We have a chance to come out of the pandemic feeling more connected to nature in our own backyards,” says Mattson, “with a greater appreciation for the way water heals us.” 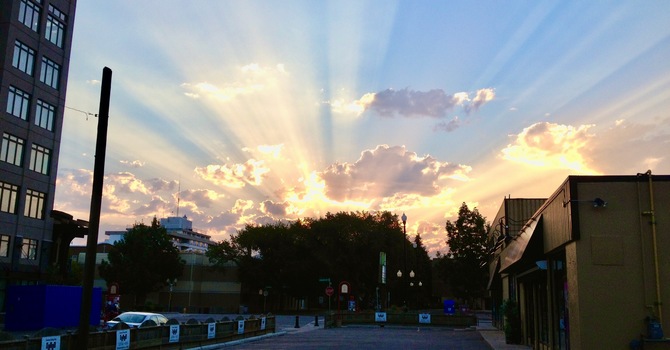 The Art of Living and Dying

Subscribe to receive breaking news and health related blogs directly to your inbox.